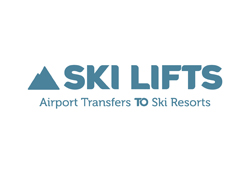 Ski-Lifts.com was founded in 2003, providing airport transfers from Geneva Airport to Morzine, Avoriaz and Les Gets in its own fleet of minibuses.


Since then, Ski-Lifts has seen considerable growth and now, via a trusted network of partners, offers airport transfers to more than 200 ski resorts in 10 countries, transporting around 60,000 passengers each Winter. They have established an unbeatable product offering built upon four fundamental principles: Reliability, Safety, Value for Money and Customer Satisfaction - independent customer satisfaction rating by TrustPilot of 4.7 out of 5.


Ski-Lifts searches out every mode of airport transport available to get the best deal - from private or shared minibuses, to coaches, executive cars and limousines. Ski-Lifts is trusted by many of the industry leaders, tour operators and travel agents to provide flawless transfers for their customers.


Ski-Lifts has already been recognised by the World Ski Awards in 2015 and again in 2016 as The World’s Best Ski Transfer Operator. So, vote for Ski-Lifts and help them make it three in a row and don’t forget you could also win a weekend break.