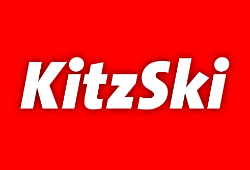 Kitzbühel: The World Cup hotspot with the very latest infrastructure.

Apart from hosting the world’s most spectacular downhill race, Kitzbühel occupies the highest level in any international ranking, as proven by countless awards and the honour of a nomination at the 7th World Ski Awards as World’s Best Ski Resort Company: situated between the Hahnenkamm and the Resterhöhe lies one of the most modern ski areas in the Alps. With its 57 ultra-modern cable cars and lifts, Bergbahn AG Kitzbühel connects 230 km runs. Thanks to its favourable north/west orientation and extensive Alpine landscapes, fun on the piste is guaranteed here on up to 200 operating days – from October right through to the start of May.

Skiing was “invented” in Kitzbühel and it has become a legendary holiday town. A unique blend of tradition and the spirit of the age attracts skiers and celebrities from all around the world. This popular sports town in the Alps is centrally located in one of the most beautiful regions in the Tyrolean Alps and is easy to reach.